The amazing intelligence of the octopus

Today we would like to share with you some curious facts about the animal that inspires our work, and that teaches us a series of attributes that, in our opinion, are decisive for the development of the 4.0 revolution, and in particular, for intelligent mining.

Let’s start by saying that the octopus is one of the most intelligent animals that exist in nature. Watch this video:

It shows an octopus using a hollow coconut to transport itself, but also to protect itself from predators, as if it were a real mobile home. In laboratory environments they have also demonstrated exceptional abilities to solve complex problems that scientists expose them to, such as searching for hidden food or escaping from their aquariums, always showing that they are capable of achieving something reserved for a small number of species: planning for the future.

How do they do it? What is your intelligence based on?

Unlike other species such as dolphins, elephants and apes, the origin and evolution of octopus intelligence is still a cause of mystery and controversy. Relevant physical differences, such as the fact that most of its neural connections are not in its brain but in its tentacles, suggest that the intelligence of the octopus functions in a radically different way from that of other species, including us, and that its evolution has followed completely separate branches.

Some researchers go even further, such as philosopher and diving enthusiast Godfrey-Smith, who in his book “Other Minds. The Octopus, the Sea, and the Deep Origins of Consciousness” explores through research on the wild behavior of this animal, potential connections between the intelligence of the octopus and the very origin of consciousness.

Sy Montgomery, one of the most important naturalists of our time, also makes her own exploration that she narrates in a very lyrical way in her book “The Soul of the Octopus”, also incorporating a personal and even sentimental connection with this strange creature.

And what does the octopus have to do with smart mining?

We believe that some interesting clues for the development of artificial intelligence may even emerge from the research on how octopus intelligence works. The fact that they do not have a single central brain, but that their powerful neural connections are distributed along all their tentacles is fabulous and intriguing: Each tentacle has a high level of intelligence and autonomy, but they never get entangled with each other, they work completely synchronized to solve complex problems, they interoperate and cooperate in a coordinated manner to accomplish complex motor tasks, in which each tentacle plays a fundamental role for the common goal.

And just as in the octopus the tentacles must connect and cooperate to achieve common objectives, the same thing happens in mining. Mining is a highly complex process, with multiple interrelationships between its different processes. We need the different processes and systems to connect with each other, to exchange information, so that their actions do not become entangled in local optimums, but together aim at the global optimum of the entire production chain. It is for this reason that the octopus for us is a true reflection of our vision: to achieve the intelligent interoperability of mining systems. 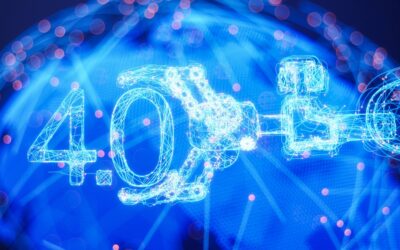 Is anything being done in Chile with respect to technological interoperability?

Let's get in touch

If you wish to obtain a free consultation without any obligation, fill out the following form and we will contact you.
02 2234 67 12
contacto@octodots.ai